Keith Silvia and the Election First, my congratulations both to Keith and his son Danny and his hard working supporters. He accom­plished what many said couldn’t be done. From the outset, no disrespect to Charlie Murphy, even Keith said he was an honorable man. The issue is he was a spender. Keith drew a clear… [Read More]

It’s important to answer the census Do you realize how important it is to be counted in the 2020 Census? According to the Census.gov web site, Census data guide how more than $675 billion of federal funding is distributed to states and communi­ties each year. There is a lot at stake for us locally and regionally…. [Read More] 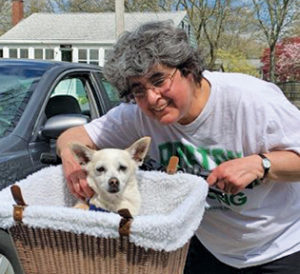 Well, this is it. Our last issue before our two-week summer break. So, don’t be worried when you don’t see a new issue for a bit. We’ll be back on 7/16. Okay, where to start? The Board of Health continues to be an embarrassment (page 4). It looks like the men just HAVE to control… [Read More]

Face coverings on bike path? “Face Covering Required” to use the bike path! What? Whose idea was this?  Normal oxygen levels in air are 21% by volume. Oxygen almost immedi­ately drops to 19.5% by volume inside the mask since exhaled CO2 displaces oxygen. In the words of a friend — “People were not meant to breath… [Read More]

Please help with tree I need your help as a friend and fellow taxpayer of Fairhaven. I have been trying to get two enormous trees surveyed by the town since December 2018. These town owned trees pose significant risk to my home, my family and anything or anyone else in the vicinity should they fail…. [Read More]

It’s not the “gay” pride flag First, I would like to thank Beth David for her incredible work covering what is going on in our town. Being a journalist is not an easy profession as it’s a special calling serving the public in holding elected officials, like myself, accountable. It’s people like Beth that play… [Read More]

Ah well, Mr. Silvia’s “change” seems to have a vindictive streak to it. So much for the independence, and the thoughful deliberation so many of us had hoped from him. Instead, his first move is a wish list for Dan Freitas, who is such a grownup that he hasn’t answered my calls and emails for… [Read More]

Well, we had an election. And we had an upset (see page 4). Challenger Keith Silvia beat long time Selectboard member Charlie Murphy. We wish Charlie well in his next endeavor, I’m sure he will remain visible through all his other activities in town. And we wish Keith good luck in his new role. My… [Read More]

Increase Fairhaven’s Renewable Energy Purchase Fairhaven has a history of leadership on sustainability, and our community has the chance right now to continue that leadership by increasing the Town’s purchase of local, renewable energy in the 2021 Community Choice Electricity Aggregation (CCA) contract. Simply put, CCA is a process where municipalities can come together and… [Read More]