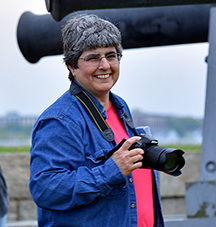 Oh…Town Meeting was fun, as always (see page 6), spent $50+ million of your tax dollars in about four hours. Pretty cool, huh?  We also had an interesting Selectboard meeting this week. News on the Colonial Club and the house and all that, remember? Looks like the town will benefit from the sale of the… [Read More]

Dog Park Plans are Progressing You may have heard that the Town of Fairhaven is considering building a Dog Park in Town. Town Meeting approved $22,500 for matching funds that will only be spent if the Town applies for and is granted a Stanton Foundation Grant (http://thestantonfoundation.org/canine/dog-parks). A Dog Park Committee, appointed by the Board… [Read More] 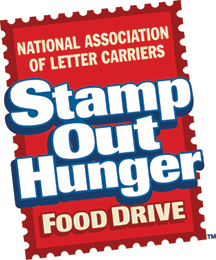 Stamp Out Hunger is This Weekend It’s that time of year when kind individuals, such as yourselves, can help the less fortunate in your area. How? By leaving non-perishable food by your mailbox or on your porch, to be picked up by your local letter carriers or their helpers, on Saturday, May 11th. Each year,… [Read More]

Thanks to Pub 99 for Bike Rack Many thanks to the 99 Restaurant in Fairhaven for the generous dona­tion of their bike rack for the jetty in the Little Bay Conservation Area. No more bikes blowing off the jetty on windy days into the water or mud, and no more bikes laying on the ground… [Read More]

Okay, let the games begin… both literally and figuratively. Baseball season for the kids is officially open (that’s the literal one), and it’s Town Meeting this weekend…woo hoo! We have the town employee salaries in this issue (see page 18), always popular with my readers (although not necessarily with the town employees). We also have… [Read More]

Sheriff Hodgson’s assertions are suspect If you watch the April 10, 2019 southcoasttoday.com video of the 287g immigration hearing held at the Bristol County House of Correction (BCHOC), you will see Sheriff Hodgson describing MS-13 gang members, vio­lence, drug dealing and gun trafficking. The gangs are terrorizing commu­ni­ties throughout Massachusetts, according to the sheriff, yet;… [Read More]

President could use some of that religion A couple of letters, narratives  or opinions have been published by the Fairhaven Neighborhood News in the last two weeks. Both were written by the same author and both were themed at bringing attention to where we all are on the Christian Religion calendar. It seems the author… [Read More]

Shining Blue for Autism is appreciated Dear fellow Fairhavenites, especially our neighbors along Bridge Street from Francis Street to Park Avenue and all along the perimeter of Cushman Park, While the face of the FHS clock shining blue for Autism Awareness Month is visible to us from where we live, I felt it was a… [Read More]

National Day of Prayer May our surrounding communities be reminded that Thursday, May 2, 2019 has been sanctioned by the United States Government as “National Day of Prayer.” Celebrating its 68th year, this year’s theme for 2019 is Love One Another, calling on people, corporately and individually, to return to God in an attitude of… [Read More]

Voices of Easter English clergyman and writer, Benjamin Jenks (1647-1724), said, “O our God, let your grace be sufficient for us.” With Easter approaching, many voices will try to share what is the essence of this celebrated time. Some will consider Easter as simply another day. Others will say it’s a festive time with egg… [Read More]