Incumbents Donna McKenna and Colin Veitch, and newcomer Cathleen Marchessault all participated and will be on the ballot for the two seats.

In her opening statement, Donna McKenna told voters she is a lifelong Fairhaven resident, an alumni and parent of two children who attended Fairhaven Public Schools.

“I am so proud of the progress that we have made for our students,” said Ms. McKenna, who has been on the committee for nine years. “It is because of these reasons and more that I continue to serve and represent our blue and white colors proudly.” 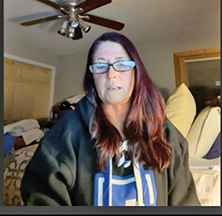 She said she “fully supports” the leadership team and educators, staff and students supporting initiatives on social, emotional and mental well being.

She noted some of the boards and committees she has been on since 2012, including the Mr. Fairhaven and After Prom events, saying they connect with the community.

“If you know me, you know I’m the individual that fights hard every day to make sure we see every student reach their highest potential no matter what it takes,” said Ms. McKenna.

She said she was proud of the work the school has done during the pandemic to make life as normal as possible for students through a hybrid learning model, which allows for some in person interaction.

Mr. Veitch noted that he has been on the committee for 16 years, and helped to craft the district’s mission statement: “The Fairhaven Public Schools, in partnership with families and the community will ensure high level learning for all children in a safe environment so each can become independent, productive and successful.”

He said each word was carefully chosen and they live by that to this day.

He also read part of the “customer service statement,” called “You are Fairhaven.”

He said everyone has a stake in the attitude of everyone who works in the school department.

He noted that the committee is a diverse group of mothers, fathers, and a young, single person.

“We are involved, we know our system,” said Mr. Veitch, adding that he had four children go through the system.

He said he knows it is not always easy to navigate that system, and offered for people to call him if they disagree with decisions.

“I believe we have caring and helpful staff and teachers,” said Mr. Veitch.

Ms. Marchessault, a newcomer to Fairhaven politics, introduced herself by saying she is not new to Fairhaven. She said her family has “very deep roots” in Fairhaven and she has lived here for 20 years.

She is a public school teacher but has “varied experience” before that including as a computer programmer, bank teller, and the “many various jobs we do to get ourselves through college.”

Ms. Marchessault also noted that she has volunteered at both the parent and teacher level for different organizations and school events, including After Prom.

“It takes a village for any of those events,” said Ms. Marchessault, adding she has also helped with financial literacy programs in schools.

Because of COVID, the district and students have been through a lot, she said, and much has changed drastically.

She said the school committee needs to be quickly responsive to changes and the unexpected. She would prioritize that the district is responsive, ready for students to return, and responsive to new things that will be happening when they return.

For her first question, Ms. Edminister’s asked the candidates what their thoughts were on commu­ni­cation among the school committee, administration, and teachers and what they would do to improve it.

Ms. McKenna said the committee has an open meeting and anyone can join in every two weeks. She said they ask all staff, teachers, and the public to join.

She said they have a good policy now and she would not change anything.

“I’ve never heard any negatives,” she said, adding she has great pleasure in saying “we have a great staff in Fairhaven,” and she has only heard positive things. 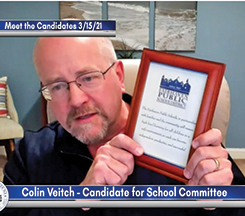 Colin Veitch, running for re-election to the Fairhaven School Committee, holds up the mission statement of the Fairhaven Public Schools as he participates remotely in a candidates night on 3/15/21. Screen shot from Fairhaven Government Cable TV by Beth David.

Mr. Veitch said it was important to remember that the SC is a “governing body” of the district, they are “hired” in the election and “we serve at the pleasure of the public.”

He said the superintendent, Robert Baldwin, is like the CEO and the SC is the board of directors. They give direction on policy and budget, but the superin­tendent follows through. He said he commended Dr. Baldwin on hiring the best people.

Ms. Marchessault said because she is not on the committee, her answer is a bit different.

She said she would like to see subcommittees on some things, like COVID, and other issues. That would help with communications, she said and make sure all facets are addressed.

She said each person on the SC has something “valuable to share.”

She found that COVID committees have been very helpful, and people with different backgrounds offered solutions that some people never saw.

Ms. McKenna said some students have done really well and some have probably not.

“Being remote, I think has brought families more together than maybe they were prior to the pandemic,” said Ms. McKenna, adding it has been good for some families.

She repeated that she hoped they would never see a pandemic and the need to educate remotely again, but they have learned from it and will know how to deal with it if it does happen again.

She said she commends “highly” the teachers who also have children at home as they teach remotely, and noted that the kids who are at home “can’t wait” to get back to school.

Mr. Veitch said there was “nothing the same” about remote learning and in class learning.

He said the district is doing its best, but it “accentuates gaps” in learning and accentuates everything that can go wrong.

He did note, though, that Fairhaven is doing better than “a bunch of other districts in the state.”

He said remote learning does not work as well as being in the classroom.

“Being a teacher is an avocation,” said Mr. Veitch, requiring “a lot of quiet skills that you have to be in person to do.”

Ms. Marchessault said it was a “challenging question’ to ask a teacher, with only a two-minute limit.

She noted she has two children at home and has “concerns about remote learning overall.”

The bigger concern is to address the communication gap, she said, asking what does success mean for students, how are they planning to assess what has gone well and what has not.

She said she could speak to her own family’s personal experience, but as a committee they have to identify what happened in the entire system. She said she had a metric in mind and would like to use it to improve next year.

Ms. Edminster also asked if the district was ready for the pandemic and how to prepare for the future.

Ms. McKenna said they were as ready as anyone else and staff stepped up to the plate and worked together. She said they had meetings more often but no one could be ready for what happened.

“But we did the best we could,” said Ms. McKenna, and they could not ask for a better leadership team than Fairhaven.

“They did awesome,” she said, and stressed the increased level of communication.

Mr, Veitch said it was a “loaded question,” because no one is ready for a pandemic.

He said their ability to change day to day and keep the students in mind was “amazing,” and their “change manage­ment” was “incredible.

He noted that the state made constant demands.

Mr. Veitch said they have not always “been excellent” but they need to recognize when they are not excellent and make it better, which will set them up for the next crisis. 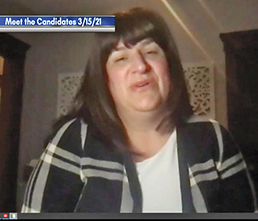 Ms. Marchessault also said it was  a “loaded question,” noting she was not privy to any of the planning.

She said they can never be ready for that kind of crisis. As a teacher, she is not sure she would answer “yes,” even though she is ready.

She said what happened behind the scenes was unclear and it would be nice to tell the parents. She said, to parents, it did not look like the district was ready.

“No, they were not, but how possibly could they be?” said Ms. Marchessault.

In her closing statement, Ms. McKenna said the committee was like her family, with days they get along and days they do not agree. At the end of the night, though, they have done a great job.

Mr. Veitch said it has been an “exciting” 16 years, and his children saw many changes as they attended Fairhaven Public Schools.

“They had quite the ride,” said Mr. Veitch.

He said when he started it was all about budgets and fighting for money and they have managed to go beyond that to “the good stuff.”

Ms. Marchessault said the most important thing was for the community to get through this together. She said she would like to be on the committee and use metrics and data to assess and move forward, and make sure they are engaging with all students.

See the last two issues for stories on the other candidates at https://www.fairhavenneighborhoodnews.com/newspaper-archives/

To watch the video, visit https://livestream.com/fairhavenlive/events/8101110